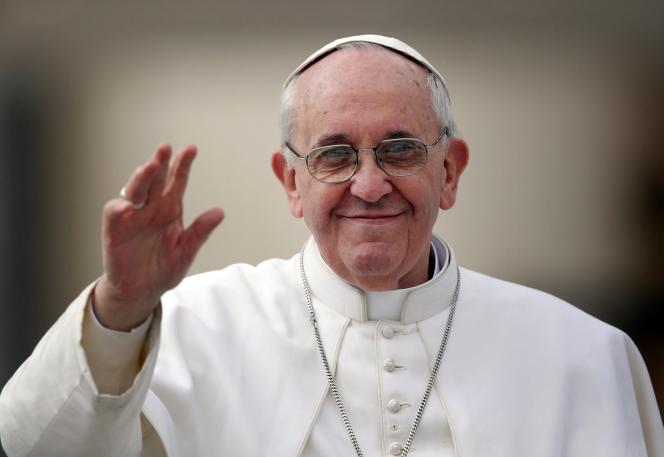 I was thinking about the Pope today as he travels around South America to some of the poorest countries in the world.  He is dropping hints about real church transformation on several social issues.  I thought about how when he was elected I was pretty cynical about any real change happening in the Church, as can be read, via this conveniently provided link .

I am surprised, and in a good way.  He is either the most politically shrewd Pope ever or really marching to his own drum, one or the other, or both.  I would like to think its genuine as many of his stand’s are progressive.  There are  non-negotiables in the Catholic faith: abortion and the death penalty. I do get it. I do not necessarily agree on abortion (if they are not allowing for contraception) but pro-life is an admirable principle to live by.  I dont expect change on these issues.

But I do believe that for the church to thrive it must evolve on contraception (common good), marriage for priests (good for recruiting), and equality in women’s roles (both holy and lay).  It goes without saying the church must change its stand on divorce, a gay lifestyle and how that impacts who can participate in the sacraments.  Those are the issues thatPope Francis dropped hints about today.  Change seems to be coming in October when the Bishops have their annual convention of sorts.

Pope Francis (still best pope name ever) has been really interesting to watch.  He has surprised everyone by being a focused and determined executive.  He has cleaned house and put everyone on the Vatican gravy train on notice.  He has fired people, demoted others and is holding people accountable for criminal behavior.  He is setting a new example of how a pope should live.  Score one for walking the talk.

Pope Francis, it seems, is not very judgey for a pope.  He appears interested in helping man more than admonishing man for his perceived sins.  I like that he told the particularly vocal American-Catholic lobby to not focus their entire effort on abortion, gays etc….

“the church sometimes has locked itself up in small things, in small-minded rules,” he lamented. “The most important thing is the first proclamation: Jesus Christ has saved you. And the ministers of the church must be ministers of mercy

above all” … “We cannot insist only on issues related to abortion, gay marriage and the use of contraceptive methods. This is not possible,” he said. “The teaching of the church, for that matter, is clear and I am a son of the church, but it is not necessary to talk about these issues all the time”

I also like that this pope is an advocate for the poor, not just praying for them but a call to arms (peaceful ones) by everyone who can, to help and be responsible for all our brothers.  He also doesn’t try to be politically correct.  He has been an outspoken critic of those institutions and people who deny the science of what we are doing to our environment.  In Catholicism there is no science/faith conflict.

And then there is the pope being human.  Living simply, moving about Rome like a parish priest.  He shows the world the true meaning of the word catholic.  It means “universal”.  It means all of God’s love for all his imperfect children.

So happy to be surprised by this pope.  He is my pope in that I was born and raised in the Catholic Church.  Its part of my cultural but I am not a club person, so organized religion is not my thing.  But I do look at the church and its teaching differently because of this pope.  I do hope that the Pope continues to transform the church.  That cant be a bad thing.

Wife and mother of four. This blog is personal, political and hopefully relevant with a sense of humor. I got to have a sense of humor with the tough crowd I deal with everyday, and they cant even vote, drink or drive.